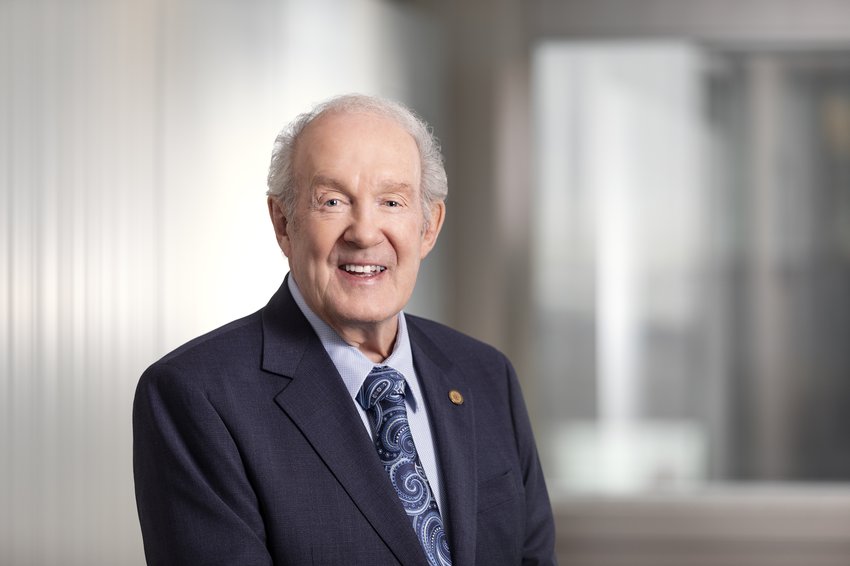 Don is an ambassador at Bishop & McKenzie with a celebrated history of leadership in both his profession and the community. His adroit approach to arbitration and mediation provides a guiding light to those who stand to benefit from his experience.

While not related to the company’s Bishop namesake, Don began his career under founding partners Ted Bishop and Ken McKenzie. Shortly after, he spent five years as a junior diplomat in the Department of External Affairs where he served in the Canadian embassy in Warsaw, Poland, and learned to speak Polish and French.

Don invests his time in the community with the Advisory Board of Pro Bono Lawyers of Alberta and has served as a fundraiser for many organizations including the United Way, the Canadian National Institute for the Blind, and the Alberta Cancer Foundation.

If you can’t find Don at the office, chances are you’ll find him enjoying a round of golf somewhere around the city. Nothing makes Don happier than a good score. And if he’s not working on his world-famous swing, he’s likely reading about history and politics.